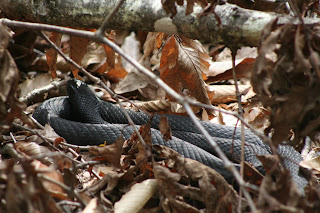 My troubles turned out all for the best—they forced me to learn from your textbook.  Truth from your mouth means more to me than striking it rich in a gold mine.
(Psalm 119:71-72 The Message)
We've all probably heard it said that we learned a particular lesson in the "school of hard knocks".  This seems to be the way many of us learn!  We struggle, muddling through the bad stuff, until we can ultimately say that we "made it through".  We don't get a diploma to show we made it through, but we have learned a lesson or two that we probably were desperate to learn in our lives!
Where we turn to in the "school of hard knocks" is what determines how well we learn the "lessons" of those times!  David says that the hard times forced him to learn from God's textbook - the Word.  Amazing how that works, huh?  We find ourselves in the midst of a moment of indecision and THEN we look for the answers!  I think many of us head down a path without any clear indication as to where it will lead us!
I visited Virginia this Fall with a friend.  We "explored" parts unknown to us at our leisure.  One day in particular, we found ourselves on the way from one destination to another and stopped at a park.  There were multiple trails visible from the roadway indicating trail numbers.  When we reached the end of the rather long roadway into the part, we thought we'd explore a little.  In doing so, we took the first path we saw.
What we did not realize that all the paths had a particular purpose to them - some were for birders who could take in the beauty of water fowl, still others would provide ample opportunity to catch the scenes of other birds higher up in the tree limbs.  Neither of us were "birders", so this all seemed rather foreign to us.  We enjoyed the walk anyway!  What we didn't expect was the huge, rather ominous looking black snake pictured above!
The path was marked as a "birder's" path - yet it held some pretty unfriendly things!  Life is kind of like that at times - "labeled" one thing, but presenting us with other things that just don't make the journey all that exciting!  In those moments, what we do with the "snakes" on the trail is what often determines the outcome!
My traveling companion chose to throw acorns at it, arousing it from its slumber.  I chose to walk on down the path, determined to ask the next "local" I ran into just what species of snake we had encountered!  See, I'd rather know what I am "waking up" than have it awaken and me not be ready to deal with it!
I think that is what David pictures for us in this passage.  He had developed an appreciation for the Word as his guidebook for living.  He knew the road would be riddled with "snakes" of all kinds.  He developed a trust in the "guidebook" to point out those that were to be encountered with extreme caution and those that could be ignored as harmless.
At the moment we encountered the black snake, notice if you will, I did stop long enough to shoot three or four shots with my camera!  So, as you can see, I have a curiosity for the things that may harm me!  This is human nature - pure and simple!  We know things may hurt us, but we stop long enough to admire them and consider them.  David certainly had learned this lesson the hard way when he was involved in admiring what God clearly said he should not admire.  His "romp" with Bathsheba left him with a sticky situation to deal with - he'd taken another man's wife, finds out she is with child, and now he must cover up what he clearly should not have embraced!
Sin is like that - it presents itself, affording the opportunity to admire what we should clearly leave alone.  We make the decision "in the moment" as to how we will deal with what it is we are admiring.  Either we walk away, or we stand around long enough to get taken in!  The more we turn to the "textbook" BEFORE we encounter the "snakes" along the path, the more we will be ready to avoid them on the path!
The "school of hard knocks" is certainly not the best school to learn our lessons of life.  It is much better to learn them at the feet of Jesus so that we avoid as many of those "hard knocks" as possible.  Soak it in, my friends!  You will need the knowledge you gain today for the lessons you will encounter tomorrow!

Popular posts from this blog

The bobby pin in the electrical socket does what???

December 06, 2015
Avoidance is the act of staying away from something - usually because it brings some kind of negative effect into your life.  For example, if you are a diabetic, you avoid the intake of high quantities of simple sugars because they bring the negative effect of elevating your blood glucose to unhealthy levels.  If you were like me as a kid, listening to mom and dad tell you the electrical outlets were actually dangerous didn't matter all that much until you put the bobby pin into the tiny slots and felt that jolt of electric current course through your body! At that point, you recognized electricity as having a "dangerous" side to it - it produces negative effects when embraced in a wrong manner.  Both of these are good things, when used correctly.  Sugar has a benefit of producing energy within our cells, but an over-abundance of it will have a bad effect.  Electricity lights our path and keeps us warm on cold nights, but not contained as it should be and it can produce …
Post a Comment
Read more

My weapon? A donkey's jawbone!

February 20, 2011
14-16 As he approached Lehi, the Philistines came to meet him, shouting in triumph. And then the Spirit of God came on him with great power. The ropes on his arms fell apart like flax on fire; the thongs slipped off his hands. He spotted a fresh donkey jawbone, reached down and grabbed it, and with it killed the whole company. And Samson said, "With a donkey's jawbone I made heaps of donkeys of them. With a donkey's jawbone I killed an entire company." (Judges 15:14-16)
Israel is in a time of punishment - being attacked by the Philistines.  They have wandered into compromising sin and God is allowing the Philistines to be used as his means of judgment on their sin.  Samson was born of a woman unable to bear children - a miracle in those days that neither involved artificial means, nor test tubes!  As an angel of the Lord reveals that she will have a son, he also instructs her to set him aside (dedicate him) to the Lord's work of delivering the Israelites from the h…
Post a Comment
Read more

November 17, 2019
Stop and notice life around you from time to time - you might just be surprised by what you observe!
Sometimes we miss the "little things" in life. I guess I am as guilty of "glossing over" stuff as the next person. I wonder how much I really miss out on because I never stop long enough, listen close enough, or draw close enough to really "catch" what is happening? There are times when life passes us by at break-neck speed, or perhaps we are passing it by at that insane speed! Slow down, listen a little, get in touch with things and people around you. Notice stuff - it might just blow your mind!

I spelled out your character in detail to the men and women you gave me. They were yours in the first place; then you gave them to me, and they have now done what you said. They know now, beyond the shadow of a doubt, that everything you gave me is firsthand from you, for the message you gave me, I gave them; and they took it, and were convinced that I came fro…
Post a Comment
Read more