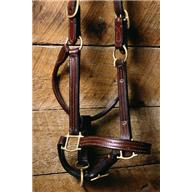 1 Christ has set us free to live a free life. So take your stand! Never again let anyone put a harness of slavery on you.
(Galations 5:1 The Message)

We begin today with a very succinct message - if you are declared to be free, walk free!  One of the greatest privileges we enjoy within the United States are the many "liberties" we are granted by our Constitution.  The very basis of our country's existence came out of the struggle for freedom - from religious bondage, overbearing taxes, insufficient work opportunities, expensive luxuries, etc.

Now, if we were just to look upon those "freedoms" as "nice" and then live in the same bondage our founding fathers were trying to escape when coming to this country, wouldn't it be silly?  In this entire book of Galations, Paul has laid out the plan to have anyone who has been declared "free" to live exactly as a "free person".

Paul emphasizes who sets us free - Christ.  No other person or set of works has accomplished this freedom.

The purpose of us being set free - to live a free life.  In other words, we don't return again to those things which do nothing more than entrap us in enslaving thoughts, empty rituals, or unwise actions.

In the end, the goal of our freedom is to simply be able to stand - stand strong!    Does someone really embrace freedom and then actually prefers to go back to bondage?  It is not likely.  Yet, there are multiple examples of "tasting freedom" and "slipping back into bondage" in the world around us.  For example, we use the term, "He fell of the wagon", to describe one who has known days of sobriety and then returned to the "demon alcohol".  In scripture, there are examples of the awfulness of returning to bondage - in fact, it is like a "dog returning to its vomit".  That paints a picture, huh?

So, how do we avoid the tendency to "return" to a place of bondage in our lives?  Let's take our "hint" from what Paul tells us - don't LET anyone PUT a harness of slavery on you.  Two key words: Let and Put.  Let:  we allow or permit it - we actually "grant" the access.  Put:  to place under the power of something or someone - we allow or grant someone or something the access, giving them the "authority" to take the position of "power" in our lives.

The first tiny word "let" carries a big punch - it can occur through intentional thought and unconscious awareness.  We actually "grant access" to many things in our lives - some very specifically, others very passively.  Those who enjoy freedom are those who learn to specifically "grant access" to certain thought patterns, specific edifying activities, etc.  Those who drift back into "bondage" take a more passive approach to restricting access into their mind, will and emotions.

The second tiny word "put" carries as significant of a punch as the first - the process of harnessing an animal involves the activity of an external force placing the harness upon the unsuspecting animal.  Did you ever stop to think what a horse must think the first time he is harnessed?  I can go to the silly side here: "Wow!  Now doesn't this fine strapping, leather and metal just look dandy upon me?"  Or I can go to the pretty serious side: "Uh oh!  I am not going to like where this is taking me!"  The first response shows a lack of awareness of the "effect" of the harness - the second gives insight into being led where one does not exactly want to go!

Learning how to control what we "let" influence us is part of rejecting the things people would want to "put" on us which are not specifically going to allow us to stand strong.

Popular posts from this blog

The bobby pin in the electrical socket does what???

December 06, 2015
Avoidance is the act of staying away from something - usually because it brings some kind of negative effect into your life.  For example, if you are a diabetic, you avoid the intake of high quantities of simple sugars because they bring the negative effect of elevating your blood glucose to unhealthy levels.  If you were like me as a kid, listening to mom and dad tell you the electrical outlets were actually dangerous didn't matter all that much until you put the bobby pin into the tiny slots and felt that jolt of electric current course through your body! At that point, you recognized electricity as having a "dangerous" side to it - it produces negative effects when embraced in a wrong manner.  Both of these are good things, when used correctly.  Sugar has a benefit of producing energy within our cells, but an over-abundance of it will have a bad effect.  Electricity lights our path and keeps us warm on cold nights, but not contained as it should be and it can produce …
Post a Comment
Read more

Give him the pieces

May 30, 2020
What or Who is it that causes division among you right now? Maybe it is more of a 'what' than a 'who' that is creating the division between you and something you need in your life. Perhaps you are struggling with an addiction to something that keeps coming between you and true liberty from the hold that thing has on you. Yes, addiction is really the worst kind of enslavement one can imagine - being so emotionally or psychologically attached to the 'thing' that any attempt to break free causes so much trauma in your life that you just cannot imagine being free. But...God is above that addiction - he is stronger than the emotional or psychological pull that thing has in your life. Maybe the dividing force in your life right now is a 'who' - a tough relationship challenge between you and a coworker, a spouse that seems to no longer share your interests or values, or even a relative that doesn't understand some of your choices and now chooses to withdra…
Post a Comment
Read more

May 26, 2020
When someone tells you that you need to wrap your mind around some concept, they are telling you that the subject at hand will take some effort on our part to actually get enough of a hint of it in order to even remotely understand it. The subject is complex, even a little overwhelming, and we will have to apply ourselves to really grasp it very well. We cannot wrap our minds around God's wisdom and knowledge - because it is infinite and our brains are sadly finite. We can only 'think' so far and then we have to 'trust'. Some of us think there is nothing we can trust if we cannot 'think' it through, but this will never work when it comes to our faith. Faith requires trust in what is unseen and not fully comprehended. The truth we believe is really building our trust, but until we approach God with more trust than 'thought', we will never fully grasp some of the things he has prepared for us.